The purpose of our study was to find markers of psycholinguistic explication of verbal aggression in reactions of users of social networks “Facebook”, “Vkontakte”, “Twitter” to journalistic publications about the results of e-declaration  of the Ukrainian officials conserning their incomes during the period from August 23 to November 7, 2016.

The research method consisted in following such procedures: making observations on correlation between the markers of psycholinguistic explication of verbal aggression (onward – VA) of readers and the facts on electronic declaring (onward – ED), stated in journalistic materials; the establishment of the facts of presence / absence of correlation between the VA level of readers and the facts on ED, stated in journalistic materials; identification by months of 2016 (August, September, October, November) of Internet messages and commentaries on the e-declarations of officials and establishment of the dynamics of changes in indicators of verbal “aggression” (irritation, rhetorical questions with elements of sarcasm, sarcasm, contempt).

The results of the analysis of 52 texts which included messages and comments that were recorded by us made it possible to identify the signs of the aggressive texts of the Internet readers’ comments and messages in response to the journalists' publications on e-declaration conserning the incomes of officials in Ukraine (from August 23 to November 7, 2016). 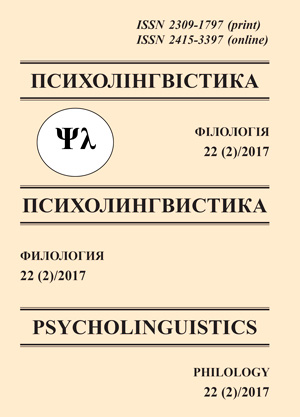